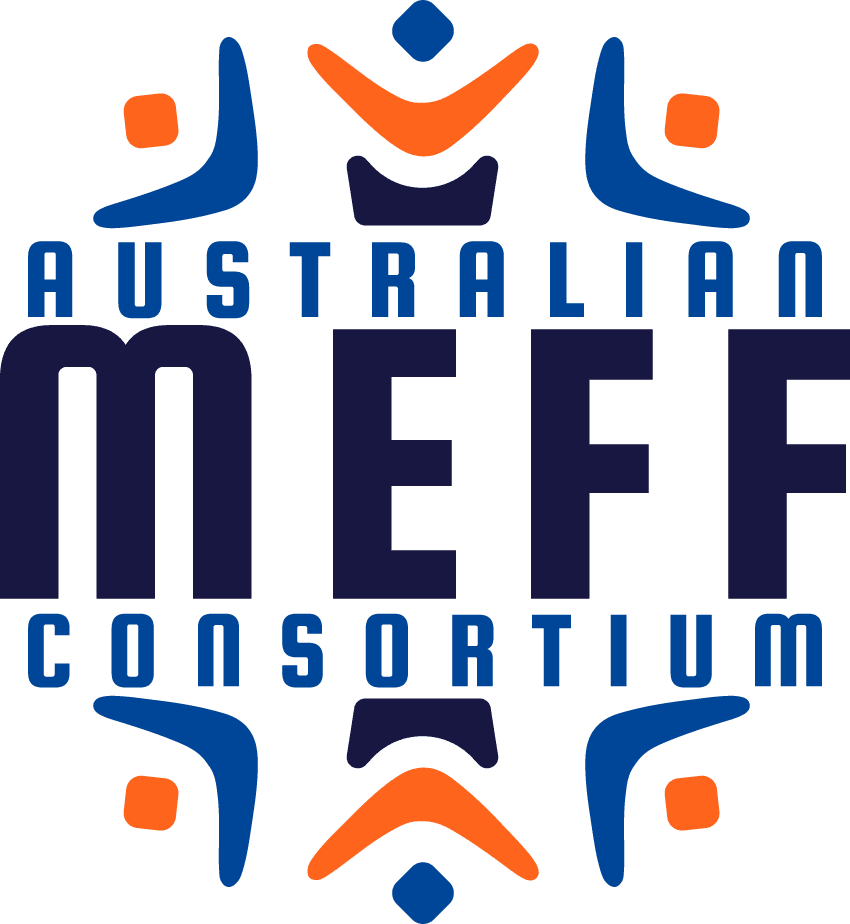 MEFF. The Multicultural Eid Festival and Fair, is an annual event usually celebrated on the Sunday following Eid-Ul-Fitr. Started in 1985 by the Islamic Foundation for Education and Welfare (IFEW), it is run by the Australian MEFF consortium , a non profit community based organisation.

Winner of the 2005 Australian Muslim Event of the Year Award

Finalist for the Australian Muslim Event of the Year Award 2017

Finalist for the Australian Muslim Event of the Year Award 2018

The Multicultural Eid Festival & Fair marks 37 years of celebrations in 2021 at Fairfield Showground. MEFF is the first, largest and longest running Multicultural Eid festival in Australia, being one of the most anticipated events on Sydney’s multicultural calendar. Welcoming tens of thousands of people from over 35 communities, with over 150  stalls, amazing traditional cultural performances, free entertainment, thrilling rides and the greatest attraction of them all – an Animatronic life-size Baby T-Rex Dinosaur! It is a family fun day for all. Come celebrate Australian Multiculturalism at its best at the 34th anniversary of MEFF! Whatever your taste in shopping, food and entertainment, the Multicultural Eid Festival & Fair is for you, your family and friends!

The stage at the Multicultural Eid Festival and Fair invites people of all backgrounds to perform traditional folk dances, cultural songs, plays/dramas, acrobatics, and so much more.

Eid-ul-Fitr is the most important annual festival of Muslims celebrated at the end of the fasting month of Ramadan. Special prayers are offered at various mosques marking the joyous occasion of thanksgiving, socialising and feasting.

Ramadan is the fasting month of contemplation, self-sacrifice, self control and self-discipline as well as development of sensitivity towards the suffering and feeling of fellow human beings.

MEFF is a social event, a showcase of multicultural Australia, an icon of Muslim unity in diversity providing a platform for celebration, tolerance and peace on a grand scale. Muslims from all backgrounds, ethnic communities, mosques and societies gather at MEFF to display their colourful costumes, sumptuous food, songs, folk dances and other displays within the bounds of the Islamic way of life.

How does a simple festival become a statement of identity? The method is through its nature, scale and visibility.

MEFF is BIG: Think big and everyone wants to get in on the act. And active participation is what it’s all about.

MEFF is VISIBLE: MEFF invites all, Muslims and people of other faiths and cultures, to attend. It invites politicians and leaders from all walks of Australian society. It fosters cross-cultural and cross-religious dialogue and goodwill. It invites and receives widespread media coverage. MEFF is there for all to see, participate and enjoy.

MEFF 2004 received the Event of the Year: Australian Muslim Achievement Award 2005 from the Mission of Hope, Australia.

MEFF is the first, largest and longest running Multicultural Eid festival in Australia, being one of the most anticipated events on Sydney’s multicultural calendar.